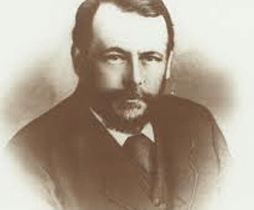 Will of Henry Isaac transcriptThe youngest of the three sons of Joseph Rowntree and Sarah Stephenson.  Educated at Bootham School. After the death of Samuel Tuke the head office of the Tuke family tea merchant’s firm was transferred from York to London; and in 1862 Henry Isaac bought from the Tukes the cocoa, chocolate and chicory workshop at the back of their premises in Castlegate. By 1864 the business had moved to Tanner’s Moat (close to what was later to become Lendal Bridge).

In 1869 Henry Isaac’s older brother Joseph joined him in the business venture, then with fewer than 30 employees.  Joseph (with a statistical flair inherited from his father) concentrated on the accounts, leaving Henry Isaac to deal with the manufacturing.  Despite a variety (perhaps too great a variety) of lines, it was ten years before the concern showed convincing signs of commercial success.

Financial rescue came not from cocoa or chocolate but from gums and pastilles developed by Claude Gaget. The instant success was embarrassing, as extra premises had to be bought for manufacturing and by 1883 there were signs of a trade recession.  In that year Henry Isaac died.  Joseph’s capital was £8,000 out of the firm’s total of £29,000 and, while £7,500 had been lent by various relatives, over £12,000 remained in the form of mortgages and bank overdrafts.

Henry married Harriet Selina Osborn, and the couple had three children. He was a staunch advocate of the temperance movement and adult school movement, chairman of the Micklegate Liberal Association and a city councillor in 1867-70. He died in York in 1883 (see downloadable file for a text of his will).