The “New Yearsley Baths” was opened on May 4th 1909 by the Right Honourable Alderman James Birch, Lord Mayor of York. Originally the company swimming baths, it was designed by Fred Rowntree in 1908 at a cost approaching £3,000. The original design held 226,890 gallons of water and measured 144 feet long by 51 feet wide. The depth of the shallow end was 3 feet and the deep end was 6 feet 9 inches. It was presented to the city of York on 4th May 1909.

In a document held in the City Archives and signed by Benjamin Seebohm Rowntree he recorded that “This open air Swimming bath was given to the City of York by Mr Joseph Rowntree, and is one of the finest in Yorkshire. Length 150 feet, width 50 feet, depth from 3 feet to 6 feel 9 inches, capacity 250,000 gallons of water, supplied by the York Waterworks. Ladies Days, Monday 1 p.m. to close, Tuesday, all day. Mixed bathing, Thursday 7 p.m. to close. Free admission is a condition of Mr Joseph Rowntree’s gift; this is a great boon to the boys and girls of York who attend in hundreds. Alderman Inglis has also greatly encouraged the art of swimming by providing School Trophies, and, by his constant and practical interest in the cause, sets a good example.” 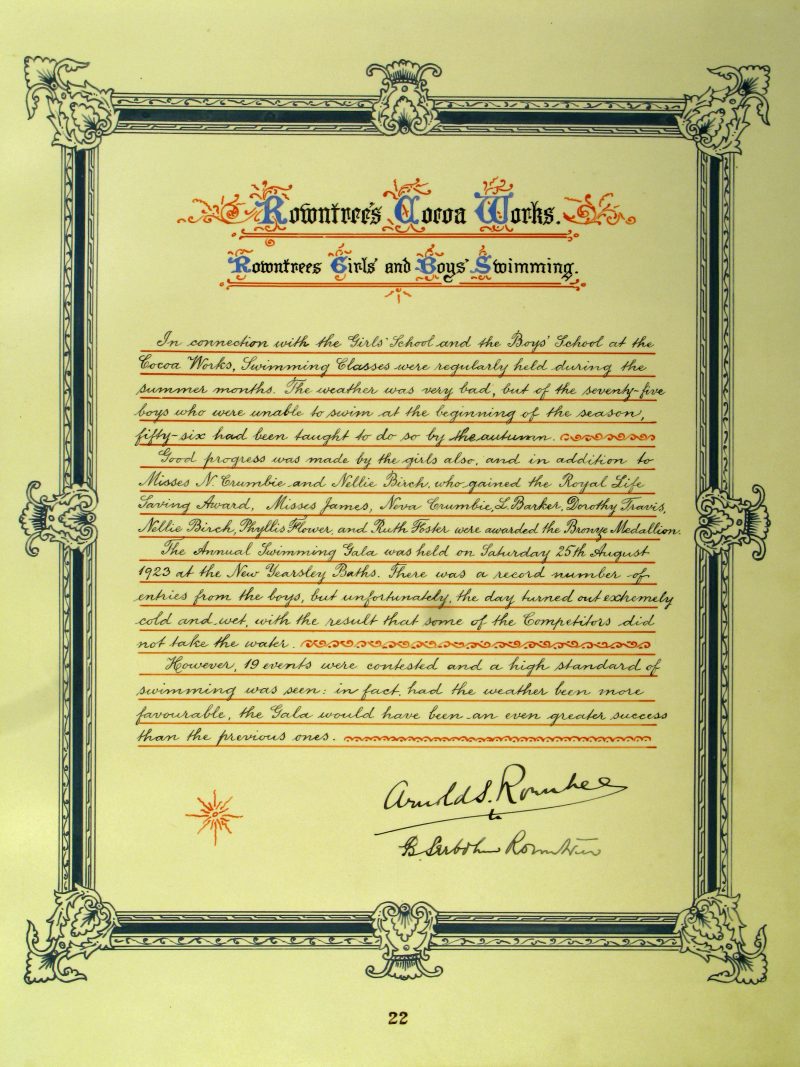 Originally open-air, its roof was added in 1964/5. A major refurbishment was carried out in 2007.

Image: The ‘Old Yearsley Bathing Place’ was constructed in 1860 in the River Foss, a short distance below Yearsley Bridge. The bed of the river was cemented for a space of 100 yards, and Dressing Sheds erected: total cost about £300. Admission Free. 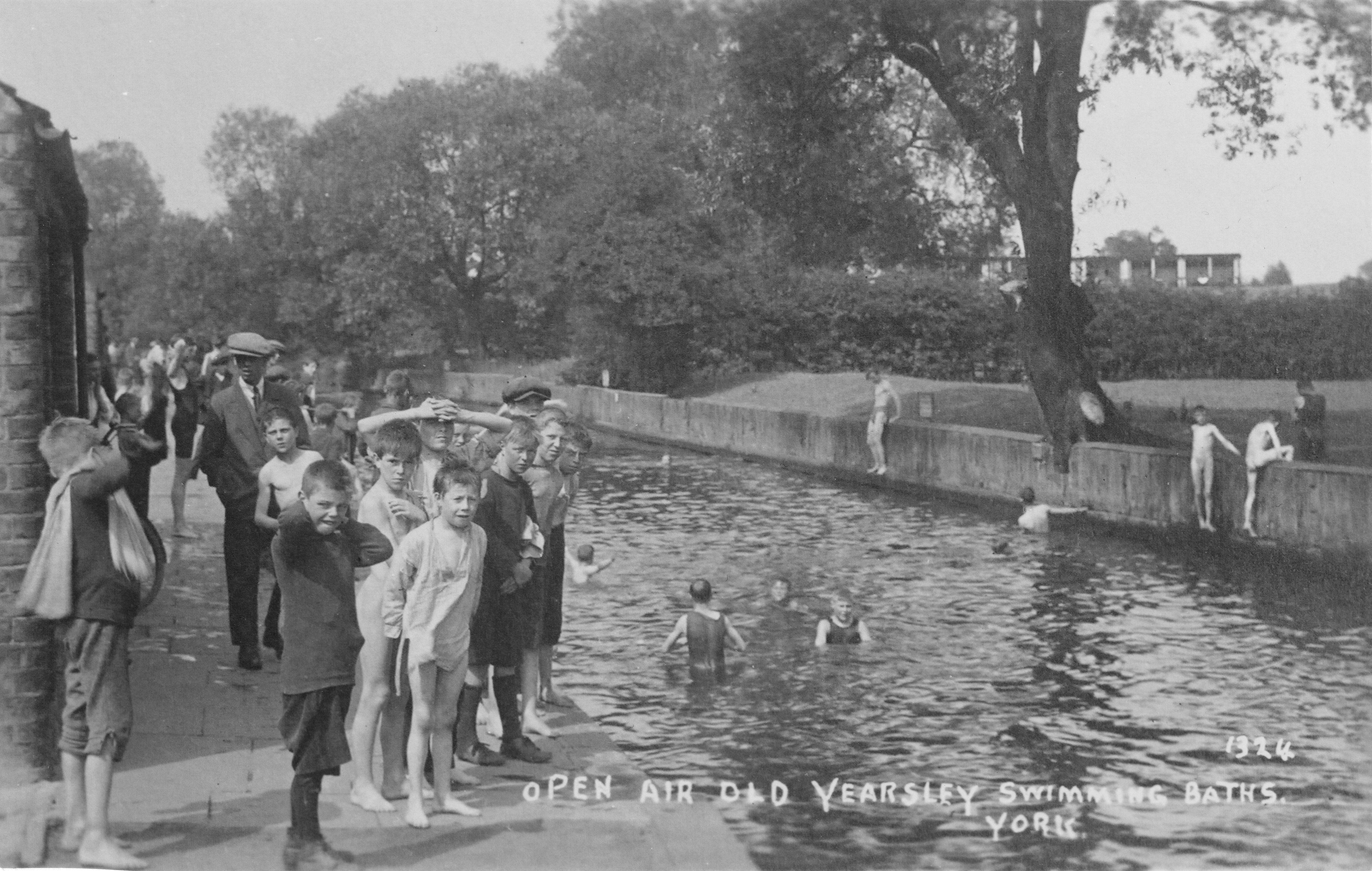