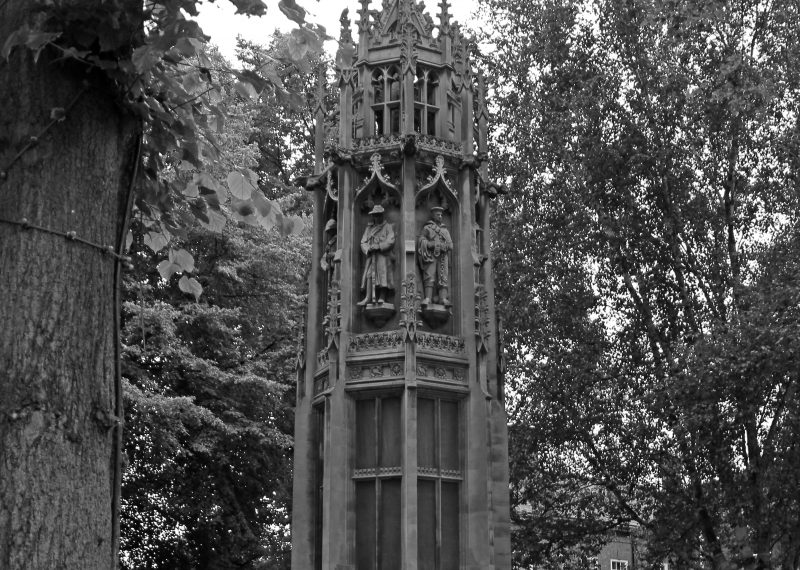 The second Boer War was fought between the British Empire and two Boer states: The Republic of South Africa and the Orange Free State. It broke out in 1899 as the latter’s growing alienation from Britain was brought to tipping point by the disastrous ‘Jameson Raid’. It is remembered specifically for the effectiveness of Boer guerrilla tactics against the larger, but less mobile British Army, and for the death rate in the concentration camps set up by the British.

The war ended in 1902 with the Treaty of Vereeniging. The British, though victors, offered generous terms to regain the support of the Boers. The Union of South Africa was established as a dominion of the British Empire in 1910.

The war memorial in Duncombe Place, York, unveiled in August 1905, records the 1,490 York people who lost their lives, including two female nurses. As is to be exepcted at that time, the deaths were caused not just by warfare but also by disease. The single greatest loss for the Yorkshire regiments was during the time of the Blomfontein campaign when typhoid struck.