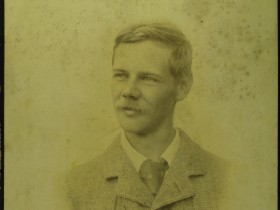 Benjamin Seebohm Rowntree (referred to as Seebohm), was born in 1871, second of the four sons of Joseph Rowntree and Antoinette Rowntree. He was educated by governesses at home, at Bootham School, and at Owen’s College, Manchester (where he studied chemistry). At the age of 18 he entered the family cocoa and chocolate business, with which he was associated until retirement in 1941. He immediately put his Manchester experience to good use in 1889, when he established a research and testing laboratory. When the firm became a limited liability company in 1897, Seebohm became a director, taking responsibility that year for the labour department.

Two perennial problems were management and marketing. The first of these was particularly congenial to Seebohm, for he found the question of personal relationships in industry an absorbing one, as demonstrated in his The Human Needs of Labour (1919; revised and enlarged 1937), The Human Factor in Business (1921, 3rd ed. revised, 1938) and Industrial Unrest (1922). On marketing, the board inherited a Quaker belief that if the quality of a product was good, this should be sufficient to persuade people to buy it. Joseph Rowntree had opposed advertising because he saw so many false claims made by so many advertisers. Slowly, the board came to terms with the fact that (for example) packaging and easily-remembered brand names were essential as marketing techniques. Seebohm was never a hands-on chairman in the way that his father had been; the steering of the firm through the 1931 national crisis and into a prosperous 1930s may have owed much to the perspective he brought as well as to his analytical mind.

The above biography is a slightly edited version of a biography drawn from The Biographical Dictionary of British Quakers in Commerce and Industry 1775-1920, by Edward H Milligan, published by the Sessions Book Trust, York, England in 2007  (ISBN 978-1-85072-367-7). It is included here by kind permission of Edward Milligan and the Sessions Book Trust.