The name of the original house, home of Joseph Rowntree’s daughter Agnes (1870-1961) who married the Haxby Road cocoa works doctor, Peter MacDonald. Originally, a large red brick house Ouse Lea, it lies adjacent to Homestead Park. It was demolished by the Joseph Rowntree Memorial Trust in 1961 in order to build the new estate that still occupies the site today.

The 1911 census states there were twenty rooms inhabited by Dr and Agnes Macdonald, and their three children: James, Ronald and Patrick plus a Nurse (Domestic), Cook and Laundry, House and Parlour Maids. The building was offered to the Trust and bought to protect the Homestead estate. At the time there was governmental pressure to develop the site as it was close to the City Centre so residential purpose was chosen over other suggestions such as a University Hall of Residence or extension to the park. Eighty homes were built on the award-winning site by a housing society in consultation with the Trust, who assisted with the landscaping and gardens. 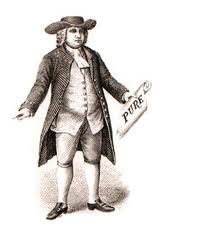