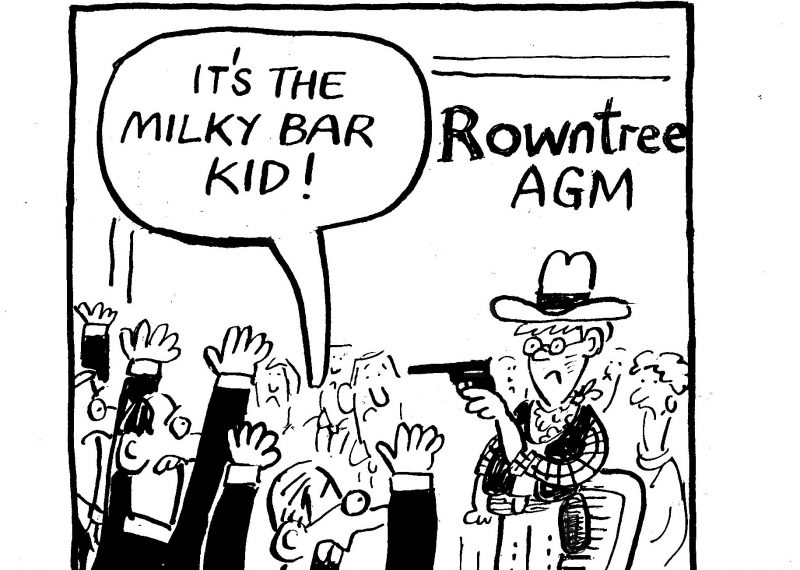 To mark the 30th anniversary of the takeover of Rowntree Mackintosh by Nestlé, The Rowntree Society put on an exhibition of cartoons that appeared in the national newspapers between April and June 1988 during the takeover period.

This was a takeover battle that attracted significant media attention. Over 50 cartoons depicting the events of 30 years ago are featured, drawn by some of the most famous cartoonists of the day including: Giles, JAK, Calman, Banx, John Springs, Kipper Williams, Gibbard and a very early Matt.

The exhibition shows how different cartoonists in a variety of newspapers portrayed events as they happened. Politicians of the day including Margaret Thatcher, Michael Heseltine and Lord Young appear along with the heads of Rowntree Mackintosh (Ken Dixon), Nestlé (Helmut Maucher) and Suchard (Klaus Jacobs).

The exhibition was a part of the University of York’s Festival of Ideas 2018, and was curated by Liz Grierson, Chair of The Rowntree Society.

See our Gallery of images of the exhibition.

Background to the takeover

Rowntree Mackintosh had a history of taking over foreign confectionery companies itself. In 1971, it acquired the French company Menier and Hoadley’s Chocolates of Australia in 1972. Between 1981 and 1987, Rowntree Mackintosh had invested nearly £400 million in upgrading its manufacturing facilities and developing high-volume equipment for several of the company’s leading global brands.

The company was able to fight off an earlier takeover by the US company General Foods in 1969, due in large part to the fact that the Joseph Rowntree Trusts collectively held a controlling interest in the shares, and had a long-term commitment to the Rowntree business.

However, by the time of the Nestlé bid in 1988, the overall holdings of the Joseph Rowntree Trusts as a percentage of overall shares in the company had decreased. This was due to the increased value of the company, and some divestment of Rowntree shares. The final price offered by Nestlé for the shares was recommended by the Rowntree Mackintosh board.

The government argued that protection of UK companies was against the public interest (notwithstanding the protectionism of other governments in the world) and did not refer the proposed takeover to the Mergers and Monopolies Commission. It is also thought that Margaret Thatcher’s Conservative administration of the time was unwilling to come out in favour of Rowntree, on political grounds. This has been backed up by a government memo from the time, which cited a source close to Downing Street describing the company as ‘a lot of pinkos’ (a derogatory term for people whose politics lean to the left). 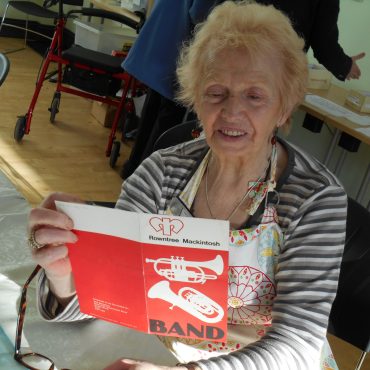