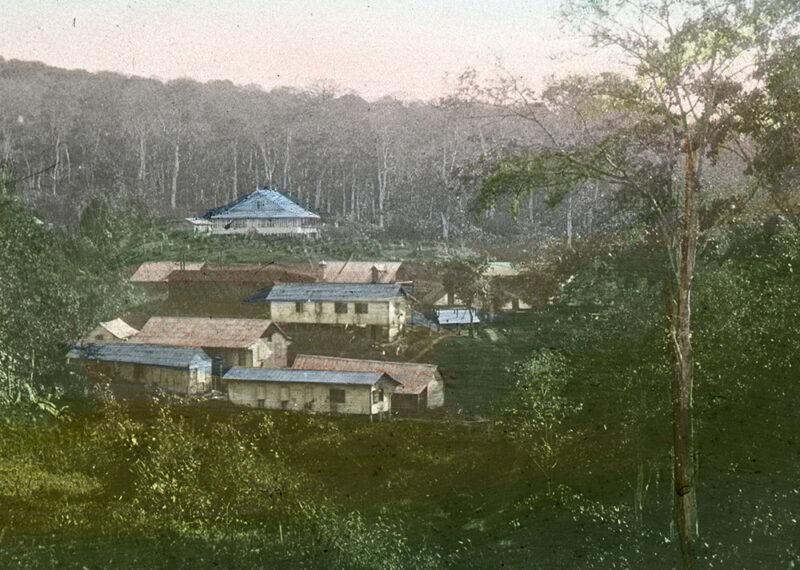 Statement from the Board of Trustees, The Rowntree Society

In February 2020, we began a new research project exploring the Rowntree company’s historic global supply chains. This was informed by our commitment to expand our audiences nationally and internationally.

To date, there has been little research into the colonial contexts of the Rowntree company’s growth, and although what is known has not been actively ‘hidden’, it has not formed part of the public presentation of Rowntree history, including our own. Academic and popular histories have focused primarily on the contributions of the Rowntree family and businesses to civic philanthropy and social reform in Britain. This omission places Rowntree history within a more widespread phenomenon that the historian Catherine Hall has called ‘turning a blind eye’, a condition of ‘knowing and not knowing’, acknowledging the presence of empire but at the same time not confronting its meanings, especially its unsavoury ones.’

The prominence and urgency of the Black Lives Matter movement in 2020 and growing global recognition of long histories of systemic racism led us to further prioritise research in this area. Since then, we have been working with our funders — the Joseph Rowntree Foundation (JRF), the Joseph Rowntree Charitable Trust (JRCT) and the Joseph Rowntree Reform Trust (JRRT) — to explore the commercial origins of their endowments. We share the commitment of the Trusts, which were endowed with shares in Rowntree & Co. in 1904, to developing further knowledge and transparency about the company’s impact on people of colour involved in the production of its raw materials.

While our initial research has been limited by the closure of relevant archives and travel restrictions during the Covid-19 pandemic, we have identified histories of race-based hierarchies and racial exploitation within the Rowntree story. These have profound implications for the content and direction of our work.

Our enquiry recognises the enduring legacies of colonialism beyond the ‘end’ of the British Empire in the mid-to-late twentieth century. Through our preliminary research, we have considered an extensive historical period from the origins of the Rowntree company as a family-run grocery business in 1822 to the £2.5bn takeover by the Swiss corporation Nestlé in 1988. This broad chronological scope presents a significant challenge as we seek to obtain information from multiple archival sources and to interpret it in relevant social, political, and economic contexts.

Although we have found no evidence that the Rowntree family owned or traded in enslaved people or benefitted from the abolition compensation scheme, we have identified five areas where we believe further research is necessary to create a fuller understanding of how Rowntree businesses benefitted from slavery, unfree labour and other forms of racial exploitation during the eras of colonialism and apartheid:

Our response to the findings

The Rowntree Society was established in 2004 and over the last seventeen years we have led and supported projects engaging with the rich histories of the Rowntree family and company and their continuing relevance today.

The philanthropic work of the Rowntree family — in education, welfare, democracy and humanitarianism — continues to inform and inspire our work. In addition, we know from our engagement with local communities that the Rowntree family’s investments in industrial welfare for employees at its factory in York hold deep meaning for people in the city who have personal connections to this heritage.

However, it is important to recognise that the Rowntree story also includes histories and legacies of racial exploitation. Our initial findings show that the company was an active agent in colonial economies in Africa and the Caribbean across the nineteenth and twentieth centuries. They indicate that the Rowntree businesses benefited from unfree labour systems which caused harm to people of colour.

If we are to continue to be inspired by Joseph Rowntree’s belief that religious, political and social work should seek to address the ‘underlying causes’ of problems and not merely their ‘superficial manifestations’, then it is clear that we need to confront uncomfortable questions about the Rowntree family and company’s participation in colonialism and racialised exploitative working practices.

As an educational organisation which is a beneficiary of Rowntree wealth, we want to explore the complexity of these questions with nuance and develop ways to include a wide range of people in this exploration, including people of Caribbean, Asian and African heritage.

Ensuring that our work has contemporary relevance is central to our purpose. We recognise the lasting damage inflicted by the colonial global economy in countries where the Rowntree businesses operated and the effects of historic slavery and colonialism for people and communities of colour in Britain today.  History is not closed. Its legacies, and our understanding of those legacies, continue to shape the present, and it is only by reflecting critically on the past that we can learn and inform the future.

What we will do

The Rowntree Society is a small charity, with one full-time member of staff, a Board of Trustees, and a small number of volunteers. We are all white. We recognise that organisational structures, including those in charity governance, often reproduce unequal systems.

We will seek to address these limitations even as we operate within them. We will draw up a plan of action for addressing diversity on our Board as part of an on-going process of reviewing our mission, vision and values, and will share these on our website when complete.

Responses to the preliminary research from our funders and partner organisations:

Supplementary notes to this statement are also available.

We’ve compiled a List of Historical Resources relevant to our research, including academic books, online articles and short videos.

The Borthwick Institute for Archives at the University of York holds the Rowntree Company archives, alongside the archives of the Rowntree family and trusts.

For media enquiries, contact pressoffice@jrf.org.uk. Enquiries relating specifically to the Rowntree Society’s statement can be sent to info@rowntreesociety.org.uk.