Made in 1929, this unique film provides an example of Rowntree’s innovative approach to marketing chocolate.  Lasting just over six minutes, the commercial uses sound and animation to promote the flavour of York Milk Bar through a series of amusing incidents starring ‘Mr. York’.  It is the first animated advertisement to be made with synchronised sound.

The film begins with a live-action sequence during which the animator explains the production process involved in making the advert.  He explains this to a young couple who are interested in a Mr. York billboard.  The film then leads into an animated sequence following Mr. York as he persuades various characters to try York Milk Chocolate.  A milk maid, motorist and his car, and a policeman are all helped with ‘York Milk’, and Mr. York tells a cinema audience ‘don’t forget to take some home.’

The advert then returns to the animator who listens as the York Milk jingle plays.  He then asks Mr. York if he has any chocolate left.  Mr. York throws him a ‘tu-penny bar.’

The film ends with fragments of chocolate animated to piece themselves back into a complete York Milk bar and wrapped in foil and paper.  There is a voice-over narration during the credits.

Seebohm Rowntree, Joseph’s son, was the company chair at the time. Joseph had opposed the use of advertising, because he worried about the false claims which so many advertisers made – at that time, Quakers believed that if a product was of sufficient quality, it would sell itself. The ‘Mr York’ ad was an early sign that Joseph’s successors were beginning to face commercial realities. The copyrighted image below shows the making of Mr York in a Paris automaton workshop. 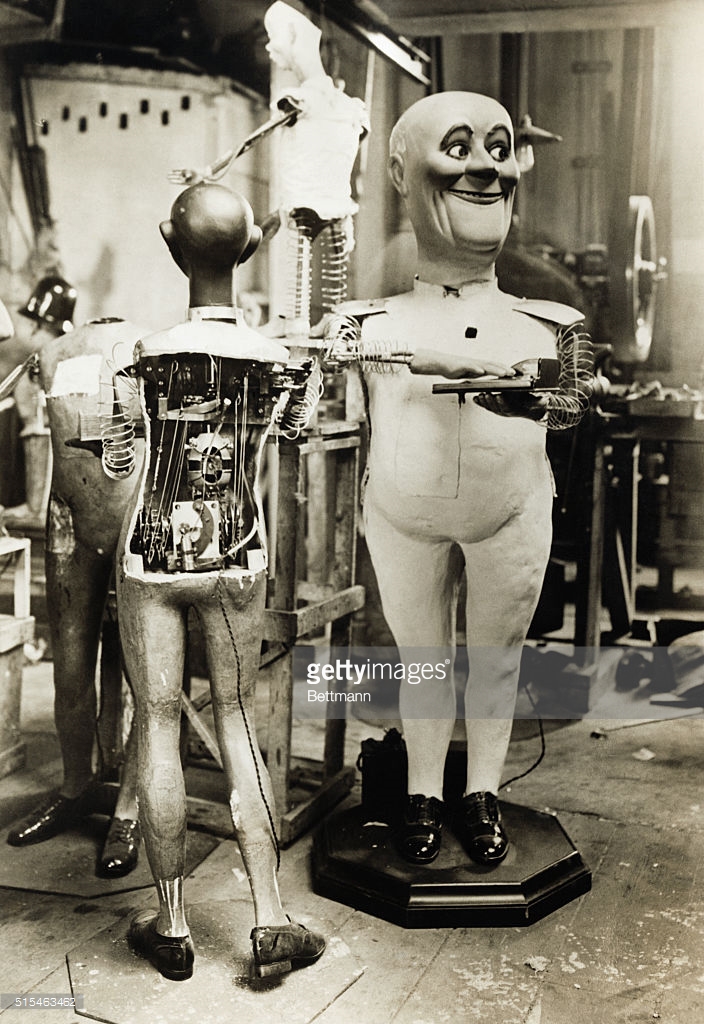