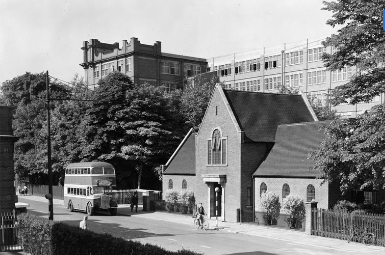 ‘A Temple of Peace’

Joseph Rowntree started a library for employees in 1885, one of three libraries he helped to establish in the city. The Joseph Rowntree Memorial Library was planned as a memorial to Joseph after his death in 1925 and it opened in 1927.

At the library’s opening ceremony, Joseph’s son Benjamin Seebohm Rowntree remarked that there could not be a more fitting memorial to his father’s memory. He said it combined things of his father cared about deeply: reading, recreation, and fellowship. The library was designed as a place that workers could find refuge from care and worry: Joseph’s nephew, Arnold Rowntree, described it as a ‘temple of peace’. The Vice-Chairman of the company’s Central Works Council said that he felt that the building’s architect had captured something of Joseph Rowntree’s spirit: the outside was ‘quiet and unassuming’, but the inside was ‘full of light’.[1]

The library was designed by the architect Colin Rowntree and is a Grade II listed building. It’s a complete example of an Arts and Crafts building which retains a large number of original fittings and fixtures of high quality, including wooden panelling, fitted bookcases and magazine racks. For more information on the architectural significance of the building, you can download the Desk-Based Assessment on this page completed in 2017 by Christopher Berriman, a Masters student in Cultural Heritage Management at the University of York. 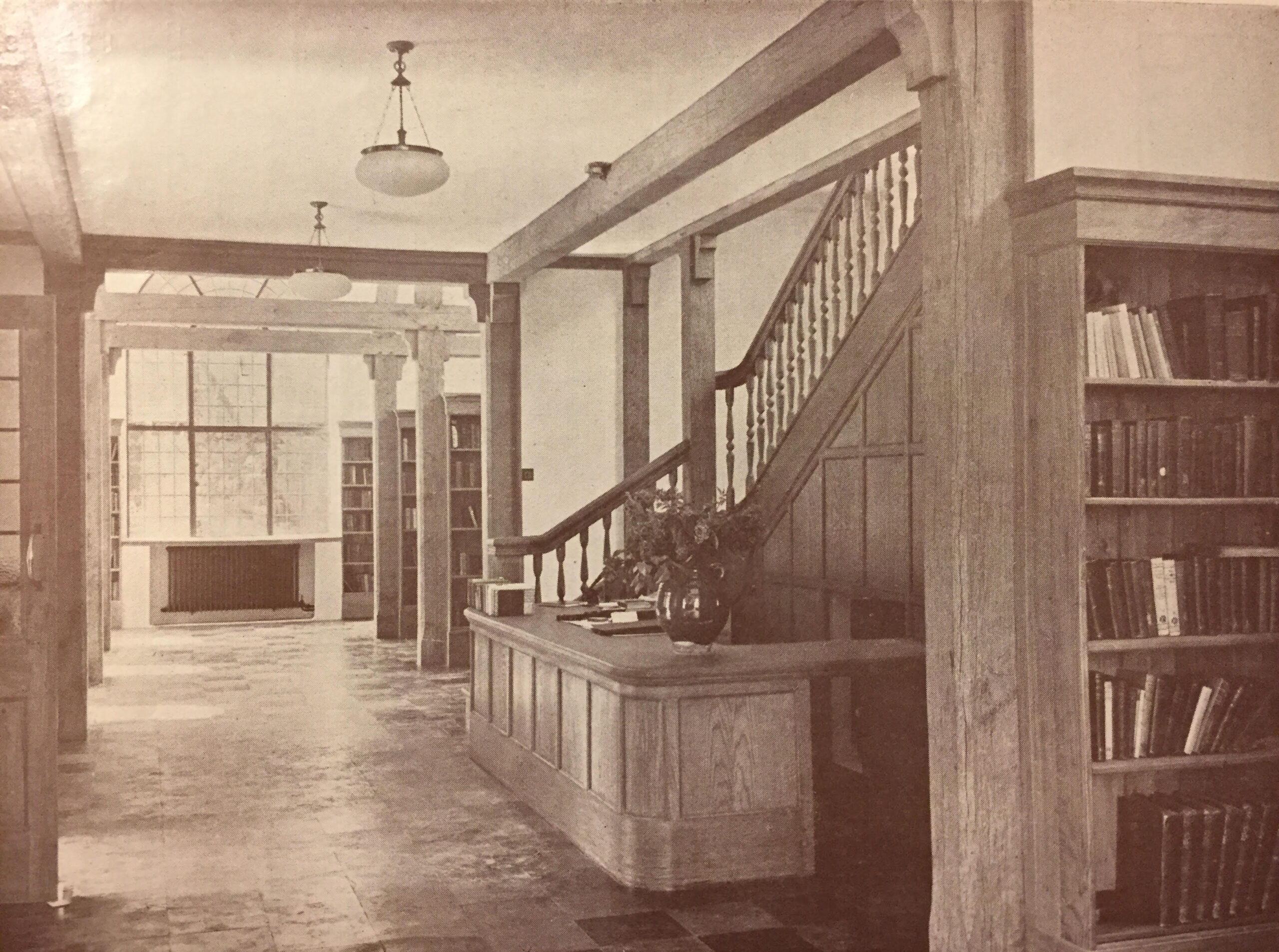 In addition to its important architectural history, the building is a lasting symbol of Joseph Rowntree’s commitment to lifelong education for workers at the York factory and their families. The library received regular donations of books from the company’s Board and employees could donate books too. It also has a rich social history: the library featured often in the Cocoa Works Magazine from 1927 through to 1971, and this offers unique insights into people’s changing reading habits over almost a century. Workers could also borrow musical scores and gramophone records, and the magazine offers some glimpses of their musical tastes.

The library closed in the 1990s and it has been unused since then. As of 2020, work is due to begin in the next couple of years on restoring the building as part of the wider redevelopment of the Cocoa Works factory into residential apartments.

The Rowntree Society is leading a Heritage Working Group in York to liaise with the developers of the site and ensure that the architectural and social significance of the building is retained and the building can resume a role at the heart of a thriving community.