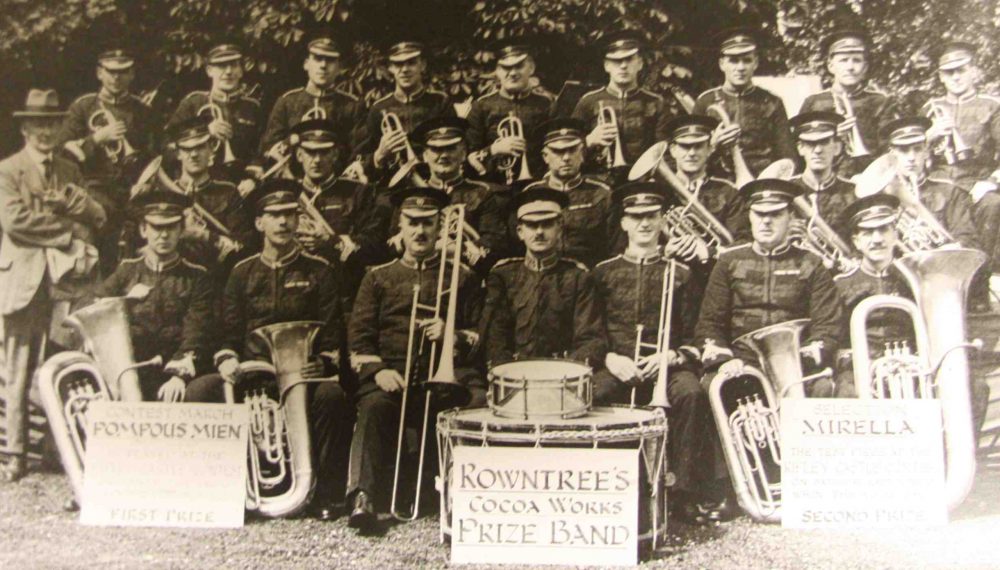 Formed in 1903, the Rowntree’s Brass Band was an important part of factory identity. The 16th edition of the Cocoa Works Magazine (June 1903) has an entry marking the formation of the band.

It has been suggested that the formation of a Brass Band in connection with the Works would be welcomed by many musical enthusiasts in our midst… names should be sent to D.S. Crighton or F.H. Hope before the end of the month (source: CWM, June 1903). 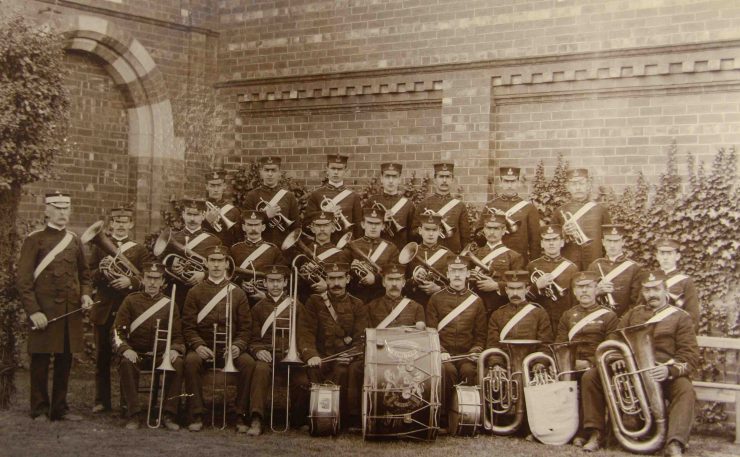 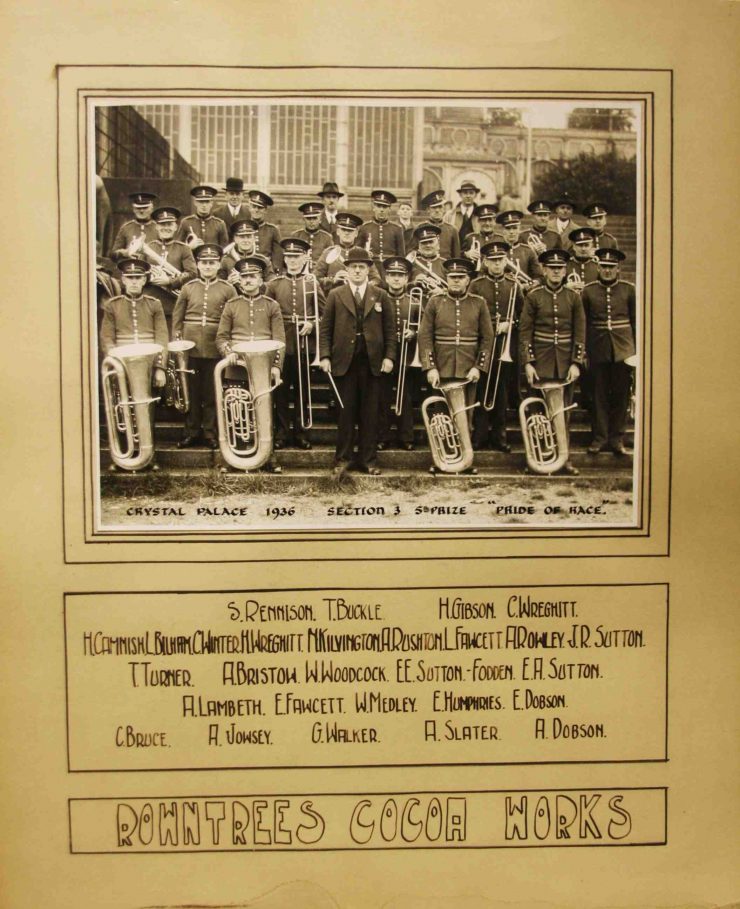 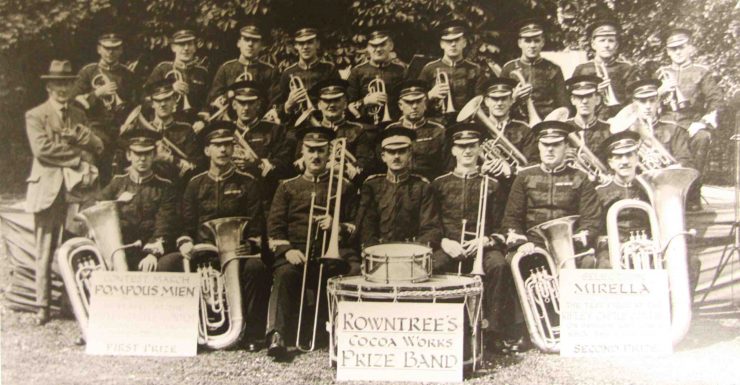 As part of our Oral History project, “York Remembers Rowntree” we interviewed a number of past and present members of the Cocoa Works Band.  These memories are now on the ‘Memories’ part of our website.